You are here: Home / Art Blog / Artworks / 8 Famous paintings around the world

There are millions of art pieces around the world, but not many get to be household names. There are only those few famous extraordinary paintings that have grown so famous, timeless, and worth quite a fortune, with some even lasting for centuries! From the likes of “The Art of Painting” to the “Mona Lisa” let’s take a look at some of the world’s most famous paintings.

The World’s Most Famous Paintings

The enigmatic painting, Arrangement in Grey and Black, well known under its colloquial name Whistler’s Mother, shows the mother of James Whistler seated on a chair against a grey wall in her house. The famous art of work is a painting in oils on canvas and is a constant reminder of stylization to which Whistler soon submitted the realistic aesthetic of his early years as a painter. The portrait was intended to showcase Whistler’s newly developed focus on tonal harmonies over the subject matter. Since being painted, the portrait has widely travelled around the world, and that is just part of what makes it so famous.

The Creation of Adam

The painting is one of the most magnificent jewels of Western art. It reveals several hallmarks of Michelangelo’s painting style, which include the lounging position of both God and Adam and the use of bodies which are both muscular and twisting.

The painting gathers its unique identity as an antidote of the imperial images of God that had been created in the West dating back to the time of antiquity, something that has made the painting famous.

The colossal painting depicts the eponymous company of a military group moving out led by Captain Frans Bannick Cock and his lieutenant, Willem van Ruytenburch. The painting is famous for the dramatic use of light and shadow. Besides, it creates the perception of motion in what otherwise would have been thought to be a static military group portrait.

The painting is so famous that it has largely influenced artists in both classical and rock traditions to create music with its reference. That also explains the great fame the painting has gained over the years.

The Girl with a Pearl Earring

The oil-on-canvas painting is a description of the head depicting a European girl wearing an exotic dress. The girl is also seen wearing an oriental turban and a large pearl earring. The painting has gained massive popularity over the centuries to a great extent that it motivated literary productions, which have included poems and short novellas. It is a piece that also inspired the 2007 film St. Trinian.

Not many need an introduction to this masterpiece. An archetypal masterpiece of the Italian Renaissance, Mona Lisa has come to be widely known for its unique qualities that include atmospheric illusionism, monumental composition, and subtle modeling of forms. The painting features a seated noblewoman thought to be the Italian Lisa Gherardini, painted in oil against a white Lombardy poplar panel wood.

The Mona Lisa painting is one of the most valuable paintings in the world, with the highest known insurance valuation in history estimated at $650 million. The enigmatic painting has variously been rightly described as the best known, most sung about, and most parodied work of art in the world!

The painting is an oil on canvas that aptly describes the view of the night from the east-facing window of Vincent’s asylum room before sunrise. It is one of the most recognized pieces of art in the world and has been adapted for the representation of everyday life. In fact, the resemblance of the painting appears in many things, including towels, mugs, t-shirts etc. With its timeless beauty and sense of universality, the art painting came entirely from Van Gogh’s imagination. The Starry Night is remarkable for its contrast in styles that reveal the coexistence of the natural and the unnatural or rather, dream versus reality.

The Art of Painting

Very few works of art in history have come any close to the Art of Painting. It’s one of the largest of Vermeer’s paintings, depicting a woman posing as a model in his own studio. The painting is allegorical in its subject matter, believed to communicate impressionable artist’s message on their role in the society. The art of painting is often known for it’s historical significance that dates back to world war II days, where it generated lots of Nazi interest.

“The Last Supper” is a painting with a religious significance, depicting the last time Jesus broke bread with his disciples before he was crucified. The symbolism has made the painting popular around the world. No wonder, it is celebrated alongside the marking of the last supper event that occurred and is recorded in the Bible. Besides, the painting has gained its fame from the fact that it is situated in a religious city and many faithful flocks to see the painting each year. This is besides the high number of art enthusiasts who also move to the gallery to admire the painting.

Moreover, the super art painting has attracted popularity by the fact that it is associated with triumphs, as it is around the time after the Last Supper that Jesus shared with his disciples did he enter into Jerusalem triumphantly. The religious and the art factors put together account for the fame associated with the art painting. 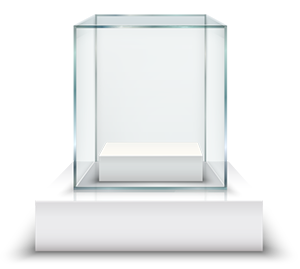 Looking for advice?
Free personalized advice from our art expert

How to Protect Your Artwork?